So I was writing a post about how we ended up in Lethbridge, but that's going on the back burner because George has diaper rash, now I know this probably happens to all kids at some point, but this is the worst we've ever had! In that past George might get a little bit of red on her bum and complain a bit when we change her, but that was like a fairy story compared to this!

Probably about once a month or so George will get diarrhea, for one reason or another. Which she hasn't had in a while, so I guess she was due. This bout has come with the reddest most swollen bum I've ever seen! This poor kid will scream and writhe and (literally)  stand on her head to prevent me from so much as taking her diaper off, let alone wiping her down or changing her.So we are stuck in the house, I'm at the point where I won't even pack her up to take her Dad to work, lest she needs an emergency change on the road. Poor kiddo.

We bought some extra strength cream and some cloth diapers (Which Oh My God are they pricey, I realize in the long run they are cheaper in theory, but wow!) and it's already making a difference, so hopefully by Monday things will have cleared up.

Aside from the heartbreaking pain my baby is in, a big aside, this diaper rash is putting a big 'ole cramp in my weekend. We've been invited to four different things this weekend, which I've had to say no to everything, 'cause there is no way I'm trying to deal with this kids bum anywhere but at home. So it looks like we're stuck in doors for a few days. Hopefully this clears up enough for us to do some family photo's while the leaves are still on the trees.

*Sigh* I'm off to change another diaper, I'm sorry George, Mommy love you, now hold still while I strap you to the table...
Posted by Tyne_f at 10:34 AM 2 comments:

I am the worst at blogging/ George is 1!

Seriously, I suck at blogging. It's been almost a year since I've posted anything, this is because I always find a reason not to. Either I'm busy, or tired, or George is awake, or George is acting up, or or or.... But from here on out I promise to try and post something at least once a week. My daughter is amazing and funny so it's not like I'm at a loss for things to write about, so here we go... 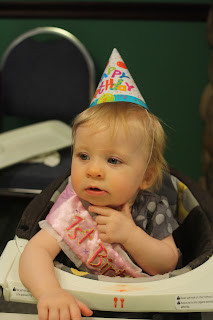 On the 16th (Sep) George turned one! (Oh lord where did all the time go?) And we celebrated! Steve and I wanted to do just a small lunchtime get together, but alas the world has different plans. It actually didn't turn out so crazy, but we did have to rent a room because nobody had a house big enough for everyone to be comfortable and have room for the kiddos to play on the floor. So we rented a room and our family all came, about 20 people in all. (Minus my brother and his wife who had to work, cause Layne's job sometimes sucks) It was great and Georgie was really well behaved. Seriously she didn't get a nap, was manhandled all day and still behaved for pictures, with only one minor melt down.There was lunch, and a cake made by Grandpa Ray, He did our cakes when my brother and I were kids, so it only seemed fitting. And a general good time was had by all. 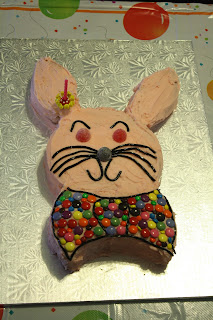 George got a good selection of presents, mostly clothing and books, (Yay) as well as a dysney train set that sings (Thanks Nana Joyce!) George loves it, and it is a very cool toy, on the down side, every time George turns it back on it plays the same verse of "I just can't wait to be king" From the Lion King, which I think may send Steve and I off the deep end... But George loves it! she will crawl over, make it sing, dance, go do something else or possibly play with the animals that ride the train, then push the button again, repeat. She is however a child of music and dance, so I can't really hold it against her (or take it away) but my sanity is slipping...


So Since George is now one I'll update you to her milestones so far! At one Year of age, Georgina can;
On the other hand there are still some things we've yet to encounter, George still has no teeth! I'm beginning to fear we will need a baby set of dentures. She wants to eat what I eat and will try her darnedest, but the lack of teeth is slowing her down.
She is not walking yet, which most of her friends are, but she was also slow to crawl and slow to roll, so I'm not worried. Actually she's enough trouble as it is, I can only imagine what a problem she'll be once she can walk...

So now that you know a bit more about the kiddo, here are some birthday photos, for more fun we have a twitter account @andnowgeorge Follow us won't you? 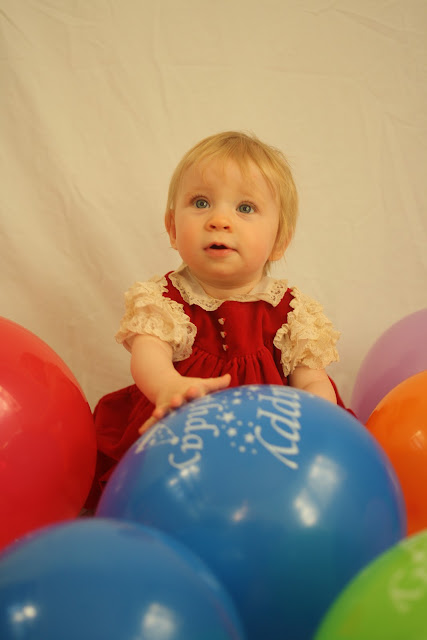 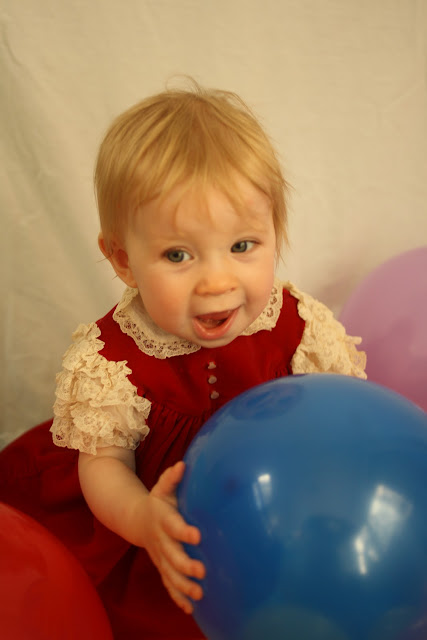 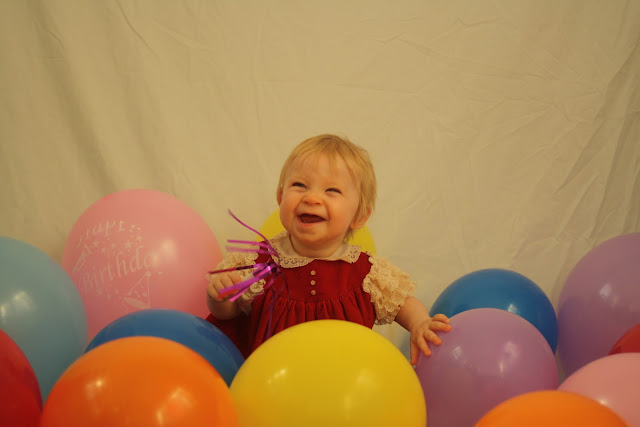 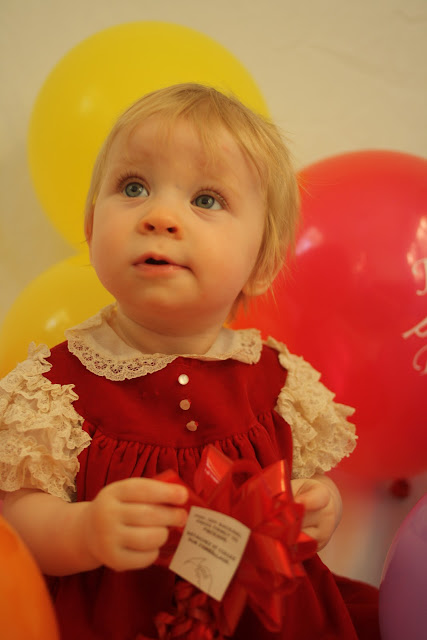 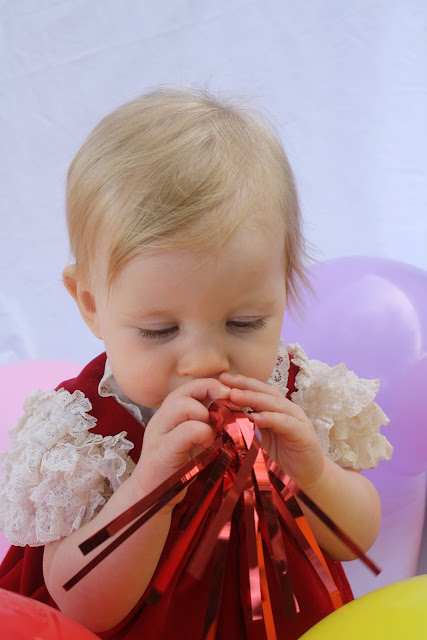 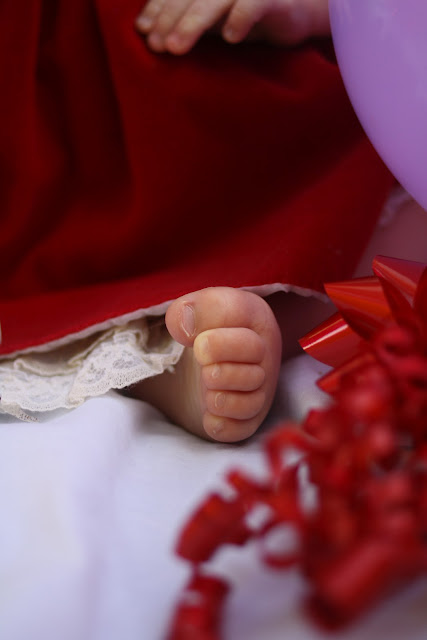 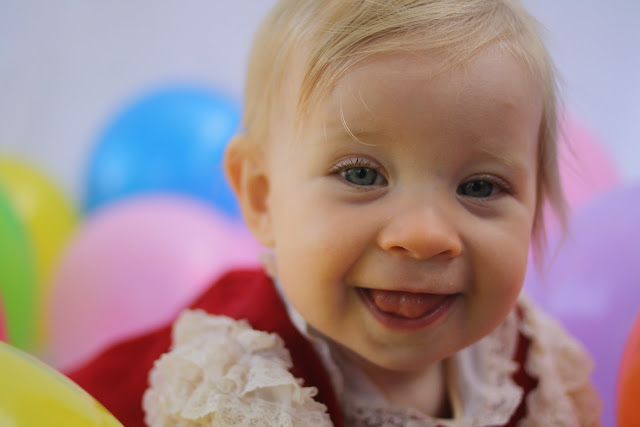